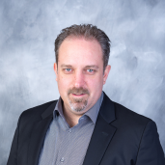 Dimitrios Pezaros is (full) Professor of Computer Networks in the School of Computing Science at the University of Glasgow. He is a member of the Glasgow Systems Section (GLASS) and founding director of the Networked Systems Research Laboratory (netlab) at Glasgow. Prof Pezaros has published widely and is leading research in computer communications, network and service management, and resilience of future virtualised networked infrastructures, exploring technologies such as, e.g., Software-Defined Networking (SDN) and Network Function Virtualization (NFV).

He has received funding in excess of £3.5m for his research by the Engineering and Physical Sciences Research Council (EPSRC), the European Comission (EC), the London Mathematical Society (LMS), the US Federal Aviation Administration (FAA), the University of Glasgow, and the industry (incl. BT, Huawei, Airbus Group, Brocade, Google, NATS, Solarflare, etc.).

He has been a visiting professor at the University of Athens, Department of Informatics and Telecommunications (2019), and he currently serves as Associate Editor on the editorial board of IEEE Transactions on Network and Service Management. He holds BSc (Hons.) and PhD degrees in Computer Science from Lancaster University, and has been a doctoral fellow of Agilent Technologies Inc. between 2000 and 2004. Prof Pezaros is a chartered engineer, a fellow of the BCS, a fellow of the HEA, and a senior member of the IEEE and the ACM.

Dr Christos (Chris) Anagnostopoulos is Associate Professor (Senior Lecturer) in Distributed and Pervasive Computing, School of Computing Science, University of Glasgow. His expertise is in the areas of large-scale distributed data management systems and in-network information processing. He has received funding for his research by the EC/H2020 and the industry. Dr Anagnostopoulos is coordinating (PI) the projects: EU H2020/GNFUV and EU H2020 Marie Skłodowska-Curie (MSCA)/INNOVATE, and is a co-PI of the EU PRIMES and UK EPSRC CLDS. Dr Anagnostopoulos is an author of over 140 refereed scientific journals/conferences [scholar], [dblp]. He is leading the Essence: Pervasive & Distributed Intelligence within the Knowledge and Data Engineering Systems Group (IDA Research Section). He is also an associate member of the Networked Systems Research (NETLAB). Dr Anagnostopoulos before joining Glasgow was an Assistant Professor at Ionian University and Adjunct Assistant Professor at the University of Athens and University of Thessaly. He has held postdoctoral positions at University of Glasgow and University of Athens in the areas of context-aware computing systems. He holds a BSc, MSc, and PhD in Computing Science, University of Athens. He is an associate fellow of the HEA, member of ACM and IEEE.

Lewis Mackenzie is a Senior Lecturer in Computing Science and a member of the Systems research section. His teaching in recent years has been primarily in data communications, networks and computer systems. His research interests are in mobile ad hoc, vehicular and wireless sensor networks, advanced computer architectures and simulation.

Dr. Angelos K. Marnerides is a Senior Lecturer (Associate Professor) in the School of Computing Science at the University of Glasgow (UoG). Angelos' research revolves around applied security and resilience for Internet-enabled cyber physical systems. His research philosophy is in designing systems with strong theoretical foundations and in providing practical, data-driven implementations that are deployable in the real world. Prior to that he was a Lecturer (Assistant Professor) in the School of Computing and Communications at Lancaster University and the founding director of the innovative Digital Infrastructure Defense (i-DID) group leading the activities of 11 researchers. His research has received significant funding from the industry (e.g., Fujitsu, BAE, Raytheon), governmental bodies (e.g., EU, IUK, EPSRC) and he has been invited to serve as an expert reviewer in grant review panels (e.g., Chilean research commission). He has been a member of the IEEE and the ACM since 2007 and served as a Technical Program Committee (TPC) member, TPC track and workshop co-chair and organiser for several top IEEE and IFIP conferences including IEEE ICC, IEEE GLOBECOM, IEEE INFOCOM, IEEE CCNC, IFIP Networking, IEEE WoWMoM, and IEEE GLOBALSIP leading him to receive IEEE ComSoc contribution awards in 2016 and 2018. He holds an MSc ('07) and PhD ('11) in Computer Science from Lancaster University and held postdoctoral and visiting researcher positions at Carnegie Mellon University (USA), University of Porto (Portugal), Lancaster University (UK) and University College London (UK). 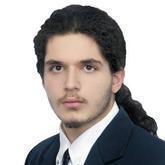 Mircea is an RA and PhD student at the University of Glasgow focusing on enhancing security for Software-Defined Networks.

Andrzej Kamisiński is a Research Associate in the School of Computing Science at the University of Glasgow, and an Assistant Professor in the Department of Telecommunications at the AGH University of Science and Technology in Kraków, Poland. He received his B.Sc., M.Sc., and Ph.D. degrees in Telecommunications from AGH University of Science and Technology in 2012, 2013, and 2017, respectively. In 2015, he joined the QUAM Lab in the Department of Information Security and Communication Technology at NTNU (Trondheim, Norway) for four months as a Visiting Ph.D. Student, where he worked with Professor Bjarne E. Helvik and with Telenor Research on dependability of Software-Defined Networks. In summer 2018, he was a Visiting Research Fellow in the Communication Technologies group, Faculty of Computer Science, University of Vienna, collaborating with Professor Stefan Schmid on research projects related to dependability and security of communication networks. Between 2018 and 2020, he has been a member of the Management Committee of the 'Resilient Communication Services Protecting End-User Applications From Disaster-Based Failures' European COST Action. His primary research interests span dependability, programmability, and security of computer and communication networks. In addition, he has a passion for aviation, especially sailplanes and air traffic control. He is a licensed sailplane pilot and he also plays organ and piano.

Gubran graduated with a Master in Science (M.Sci) in wireless communication engineering (2007--2009) and is currently working in Systems research section. His research interestes include wireless and mobile communications, vehicular ad hoc networks, Quality of Service (QoS), and cross-layer design for wireless networks.

Ibrahim Alghamdi received his Master in Computer Science from Monmouth University in 2014 and his BS from Al-Baha University in 2009. Alghamdi has been with Al-Baha University since 2010, teaching courses in programming languages, networking, and software engineering. Currently, he is a PhD student at the University of Glasgow focusing on Resource Allocation in Cloud Computing. He is a member of the Glasgow Systems Section. 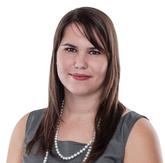 Natascha Harth is currently a PhD student at the School of Computing Science, University of Glasgow. She received her B.Sc in Business Information Technology from the Cooperated University Mannheim, Germany (2014) in cooperation with Hewlett Packard (HP). Natascha worked for HP as a Technical Consultant for Business Intelligent solutions. She was awarded a Master (MSc) in Data Science from the University of Glasgow (2016). 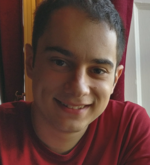 Stefanos is currently a PhD student funded through an EPSRC/BT iCASE studentship, researching NFV MANO for resource-constrained environments. He received his degree in Informatics and Telecommunications from the University of Peloponnese, Greece (2017). He holds a Master's degree (MSc) in Data Science from the University of Glasgow, UK (2018). Stefanos conducted his MSc project research on energy efficiency profiling of virtualisation frameworks over resource-constrained devices in the group. Stefanos' previous work is on teletraffic theory and stochastic modelling.

Abeer has graduated her PhD (2020) on virtualised security provisioning for Cloud Data Centres. 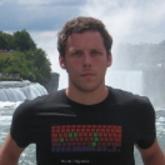 Levente has been a research associate at the School of Computing Science, University of Glasgow working on an Engineering and Physical Sciences Research Council (EPSRC) funded project called Network Measurement as a Service between 2016 and 2017.

Previously, he received his M.Sc. and Ph.D. degree in technical informatics from the Budapest University of Technology and Economics (BME) in 2010 and 2015, respectively.
He has been a research fellow at the High Speed Networks Laboratory, Department of Telecommunications and Media Informatics, BME. Levente was involved in FP7 Unify project, as well as in several industrial projects carried on between HSN Lab and Ericcson TrafficLab Hungary (ETH) and Ericsson AB Sweden (EAB).
Recently, his interests have focused on Software-Defined Networking (SDN), and Network Function Virtualization (NFV), in particular, the dataplane performances of different software-based network functions.

Richard has been a PhD student and a Research Associate in the group. His research focused on the efficient allocation of resources in Cloud Data Centre networks through the exploitation of converged network-server resource management and Software-Defined Networking (SDN). Recently, he has also been working on Network Function Virtualisation (NFV) by developing the Glasgow Network Functions (GNF) framework. 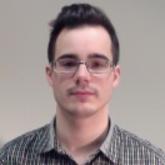 Simon was a Research Assistant and PhD student at the School of Computing Science, University of Glasgow until 2017. Now in industry.

Dr Kostas Kolomvatsos received his B.Sc. in Informatics from the Dept. of Informatics at the Athens University of Economics and Business in 1995, his M.Sc. and his Ph.D. in Computer Science from the Dept. of Informatics and Telecommunications at the University of Athens (UoA) in 2005 and in 2013, respectively. Currently, he belongs in the Teaching Staff of the Department of Informatics and Telecommunications, UoA and serves as a Senior Researcher in the same department. He also serves as an Adjunct Lecturer at the University of Thessaly, Department of Computer Science. He has participated in several European and National research projects and he was the Principal Investigator in the research project ENFORCE in the Department of Computer Science, University of Thessaly.  His research interests are in the definition of Intelligent Systems adopting Machine Learning, Computational Intelligence and Soft Computing for Pervasive Computing, Distributed Systems and Large Scale Data Streams. He is the author of over 50 publications in these areas.

Irian Leyva-Pupo is a Research Assistant and a PhD candidate of the Universitat Politècnica de Catalunya (UPC). Received her BSc. degree in Telecommunication and Electronic Engineering from the Technological University of Havana José Antonio Echeverría (Havana, Cuba) in 2015. Currently, her research work focuses on optimization problems, 5G networks, NFV and SDN. She completed her internship in our group in 2019.

Alejandro Llorens-Carrodeguas is a research assistant and a Ph.D. candidate at the Universitat Politècnica de Catalunya (UPC). Received his BSc. degree in Telecommunication and Electronic Engineering from the Technological University of Havana José Antonio Echeverría (Havana, Cuba). The operation and management system are his main experiences. His current research interests include NFV, SDN, Data Distribution Service, 5G networking and Machine Learning. He completed an internship in our group in 2019. 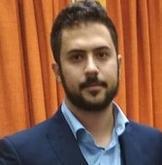 Check out his internship blog here. 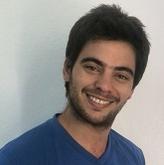 Alejandro Santoyo Gonzalez is a Research Assistant and PhD Candidate of the Universitat Politècnica de Catalunya. He previously worked as solution manager for Huawei Technologies Co., Ltd. and as a datacenter engineer with a main focus on IT infrastructure, virtualization platforms, technical support and service management. His current research interests are Edge Computing, 5G, NFV, programmable networking, optimization problems and algorithms. He completed an internship in our group in 2018. 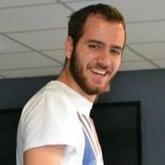 Fotis Savva was a PhD candidate and a member of the Information Data and Analysis (IDA) section at the School of Computing Science at the University of Glasgow. He researched how Machine Learning can be applied in Networked Systems to alleviate some of the inherent problems in routing and traffic engineering. His expertise lies in the domains of large-scale data analytics systems and how machine learning can be applied to expedite complex query processing and data analytic tasks. His work on “Query-Driven Learning for Next Generation Predictive Modelling and Analytics” received 2nd place at the Student Research Competition at ACM SIGMOD 2019. In 2016 he was awarded an EPSRC scholarship for his PhD studies. He holds a BSc (Hons) First Class in Computer Science from the University of Glasgow (2016). 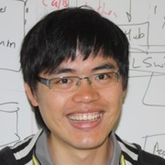 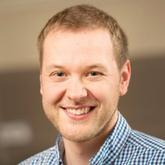 Kyle was a SICSA funded PhD student researching how to increase resilience and safety in Air Traffic Management communication networks and automated systems. Now in industry.

Qianru Zhou has been a Research Associate with the group between 2018 and 2019. Her research focus has been on knowledge base autonomic network management and in Software Defined Networking (SDN). She received her Bachelor degree in Telecommunication Engineering from Shenzhen University, Guangdong, China, in 2009, her MSc degree in Optical Engineering from Beijing University of Posts and Telecommunications, Beijing, China, in 2013, and her PhD from Heriot-Watt University, Edinburgh, UK in 2018. She has also worked as a System Programmer in Sanmina, Shenzhen, China, in 2014.