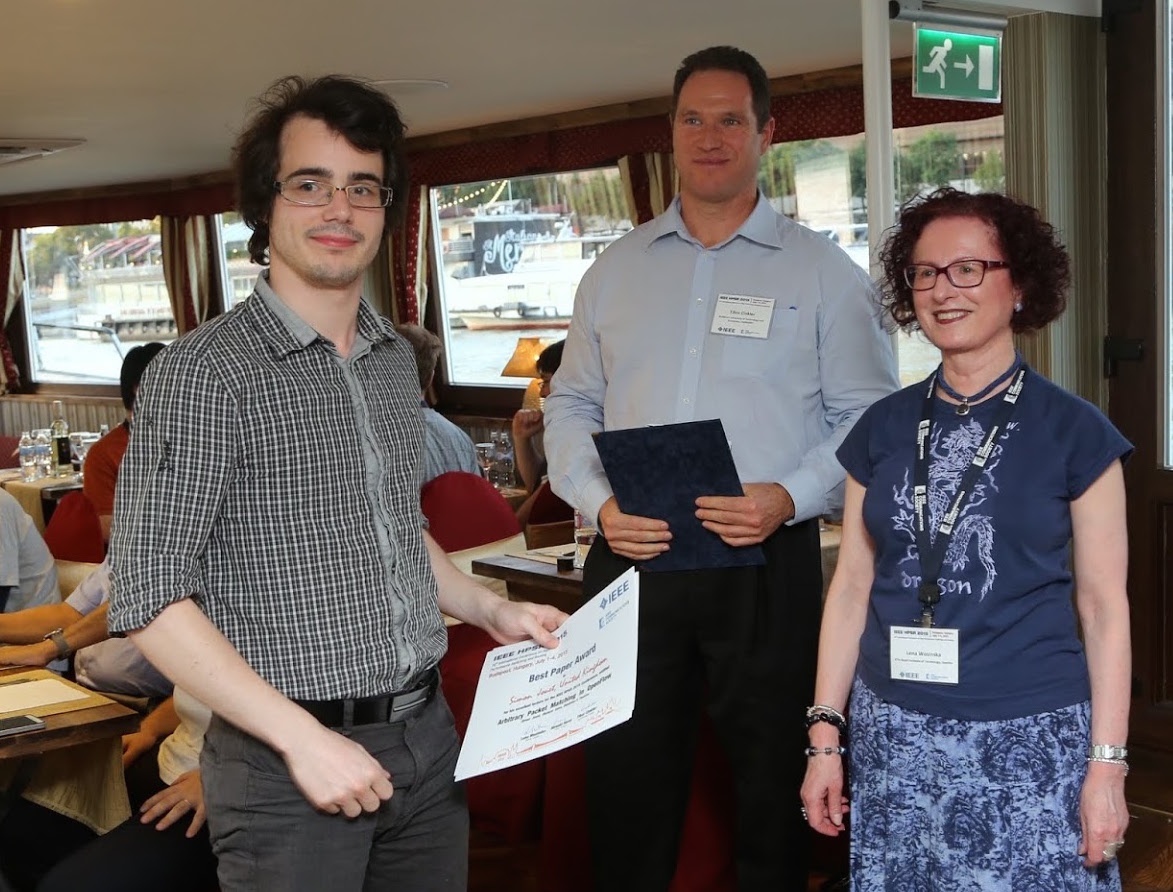 Our team has received a Best Paper Award at the 16th IEEE International Conference on High Performance Switching and Routing (HPSR) for the paper "Arbitrary Packet Matching in OpenFlow" in the beautiful city of Budapest (Hungary). The authors of the paper are Simon Jouet, Richard Cziva and Dimitrios Pezaros. In the paper, we analysed the matching abilities of Openflow and argued that a fully flexible match structure is superior to continuously extending the number of fields to match upon. We use Berkeley Packet Filters (BPF) for packet classification to provide a protocol-independent, flexible alternative to today’s OpenFlow fixed match fields. We have implemented a prototype system and evaluated the performance of the proposed match scheme, with a focus on the time it takes to execute and the memory required to store different match filter specifications. Our prototype implementation demonstrates that line-rate arbitrary packet classification can be achieved with complex BPF programs.